IBEX HUNT SPAIN offers the opportunity to Hunt the Spanish Ibex Grand Slam in a single trip in the winter and the Spring season. The Spanish IBEX (Capra Pyrenaica) can only be found in Spain. Although the CIC recognizes only two Ibex subspecies, there is no doubt we can offer four different head types for the hunter/collector. 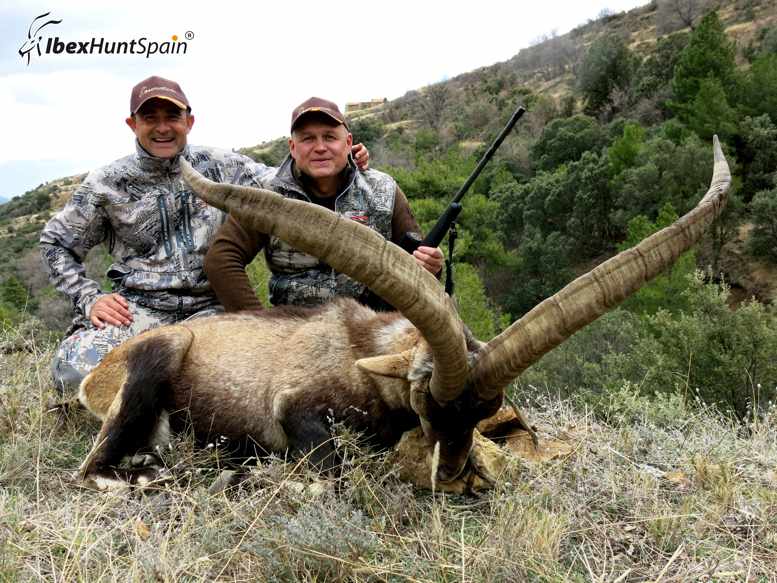 Although the CIC recognizes only two Ibex subspecies, there is no doubt we can offer four different head types for the hunter/collector.

The Spanish IBEX (Capra Pyrenaica) is a type of Ibex that had four subspecies, two are extinct and the other two still can only be found in Spain. Its actual population was estimated at 55.000 individuals and it continues to increase. It is the KING…

Ibex fur in summer is quite short and dark-grey in colour, but in winter the fur is long with black marks on its back. The body of the Ibex is strong and robust. Both males and females have horns, but the female horns are smaller. Males horns are big, ringed, and have a wrinkle surface. The horns grow proportionately with age, adding one ring per year. They rise vertically and lean out and back in a scimitar form with the tips turning inward.

The male group only approaches the female group during the rutting season. It is at this time (November-January) that spectacular fights can be seen between adult males for group hierarchy. After six months of gestation, the Ibex females give birth to one kid.

After six months of gestation, the Ibex females give birth to one kid.