The Iberian Red deer hunt is done by Stalking or driven hunt. The spanish red stag hunting season is from September to March best in the rut period (from half September to half October). The iberian red deer hunting area is at least 3,5 hours from Madrid airport. 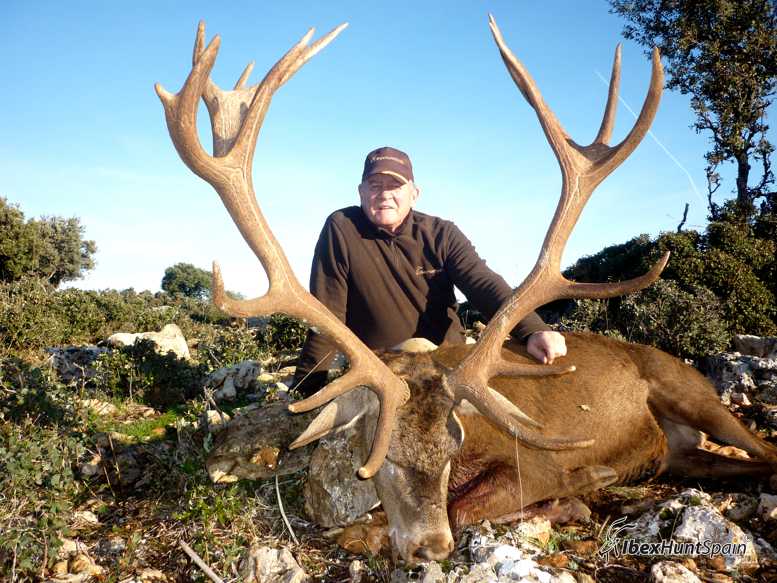 The Spanish Red deer / Red Stag is one of the largest deer species.  In winter its coat is rough and thick of a grey-brown colour and a darker yellowish rump patch.  In summer the coat is reddish-brown. Only stags have a thick neck and carry antlers.

They start to grow in spring and are shed at the end of winter.  Antlers grow huge with a rough surface and in case of the largest stags, the fourth or fifth tip form at the end a basket.  Red deer usually stay in same sex group for most of the year.  During the rut, mature stags fight for control of harems.  Rival stags challenge opponents by belling and walking side by side.  If neither stag back down, a crash of antlers can occur, sometimes causing serious injuries.  Only mature stags hold harem and during that time they rarely feed, loosing up to 20% of the body weight.

From September to March. Best in the rut period (from half September to half October). The hunting area is at least 3,5 hours from Madrid airport. 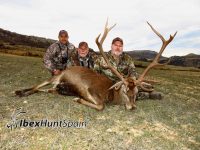 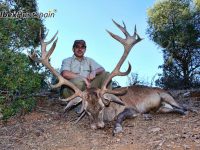 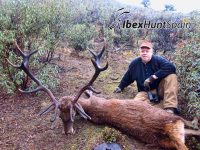 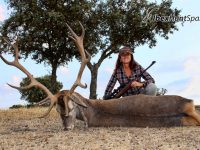 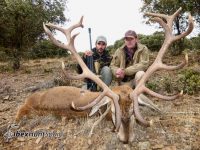 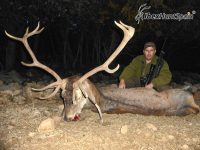 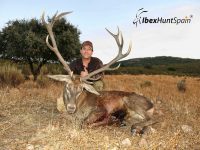 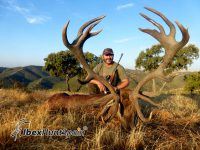 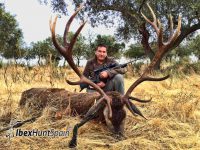 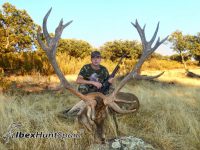 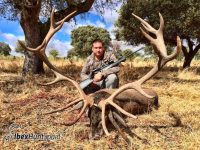 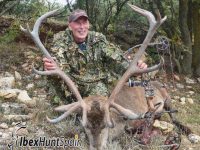 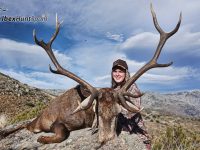 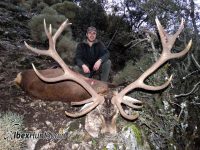 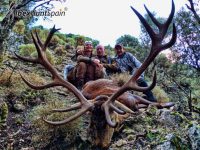 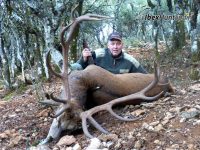 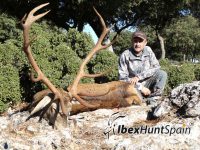 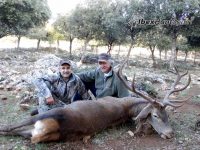 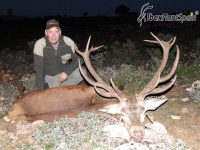 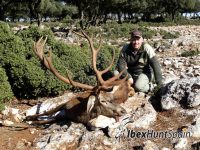 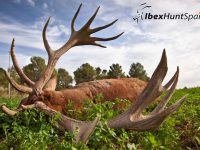 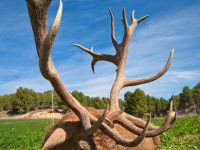 We use cookies that we have created on our own and those created by others for analyzing the usage and the visits to our web pages so that we are able to improve our services to the best possible manner.
If you continue to navigate on our web pages, we understand that you have accepted our usage of this feature.
You may also wish to contact our cookies policy so that you are able to correctly configure your web navigator for using the cookies properly.
Accept Cookies Policy
Cookies Policy
Necessary Always Enabled
Non-necessary